BACK HISTORY: Home for Christmas 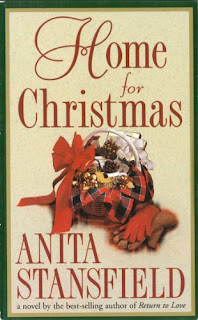 Home for Christmas...
As far as music goes, I listened to a variety of Christmas stuff to set the mood—but it was in the middle of the summer, which only contributed to my reputation of being a little off.

I love Christmas stories! So, when I got the idea to stick a Christmas story into this series, I was very excited. The goal with a good Christmas story (in my opinion) is to provoke some of that childlike excitement and to create the kind of cozy atmosphere that comprises the classic Christmas celebration. But I think my favorite line in this book is when Allison asks Sariah’s brothers if they’re the three Nephites.

Ammon was actually inspired by someone I knew briefly, who shall remain anonymous since he doesn’t know he inspired a hero. He was very handsome and played the piano at church. I didn’t know him that well. I just liked to watch him play the piano.

The greatest trivia I can tell about this story is something that happened long after it was written. When my oldest son was ready to propose marriage, he asked me (being the romance expert) how he should go about it. Since he’d read the book, I suggested we put the ring in an ice cube in her drink and have her family over for dinner. He had the real ring tucked away close by, not wanting to risk losing it through some freak occurrence, while a cheap ring was hiding in her Kool-Aid. She took forever to drink it, then finally went cross-eyed when she spied something in her glass. It was a great moment!

One of my dear friends tells me often that of everything I’ve written, this book is one of her very favorites. I like it too, and I pull it out every few years at Christmas time, just for fun.
Posted by Dina Love at 9:38 AM

I am so loving reading these back histories. I have to say this and The Three Gifts of Christmas are two of my favorite books and I read them every December. I like the part about the ring too.