BACK HISTORY: Gables Against the Sky 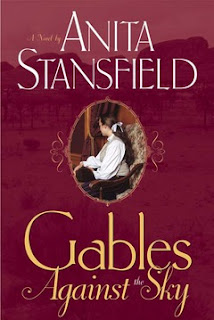 Gables Against the Sky

I remember listening to this song (“Great Southern Land” by Icehouse) over and over and feeling strangely drawn to it. I couldn’t get enough of it. I kept feeling like the song itself had some deeper message that I wasn’t getting, and if I listened to it long enough, I might get it. I remember very clearly the moment when this song (after hearing it at least a hundred times) seemed to trigger something in my mind and a story rushed in suddenly. I remember that it happened on my birthday, but I don’t think that’s significant. In a matter of moments I perceived the story of Jess and Alexa’s son, Tyson, and how he loved a woman who had been raised by his parents, but never officially adopted. I felt his immaturity and selfishness and his loathing for his home. And I could see the difficult journey that brought him to appreciate how blessed his life had been. That journey included rescuing his sister and the woman he loved from the villain who kidnapped them and took them into the Outback. I kept listening to that song while I wrote frantically, along with some other songs by Icehouse that became kind of a soundtrack to the story.

Michael Hamilton was originally the villain, and I wrote him that way. He was completely horrible and unredeemable. Then, as I was writing, I found Emma falling in love with him. It took me as much by surprise as it did her, but I had long ago come to accept that characters take over and must be respected in the creative process. I had to go back and rewrite the beginning to make Michael redeemable. He took over the story and became even more of a hero than Tyson, or at least more of a main character. While it’s a dual love story, Michael definitely stole the story. I still laugh to think of some of his antics. And the lessons of his life are powerful, if I say so myself.

Rewriting the beginning was no small thing, since I wrote this during those days of the typewriter at the kitchen table, which I have referred to before. And there was no letter P, except for the times I was using my mother’s typewriter. As I’ve also mentioned before, this book and its prequel were written long before I even considered writing LDS fiction, and then they just all kind of melded together. When it actually came time to submit this book for publication, I had to retype the whole thing (editing and revising as I went) into a computer so I would have an electronic file for submission. I was on bedrest with my last pregnancy at the time and it became necessary to purchase a laptop. I’ve been writing on one ever since. This is specifically why I dedicated the book to Alyssa Dawn. She was right there with me during the rewrite, kicking me now and then.
﻿﻿
I have a dear friend who loves this book so much she has literally worn out multiple copies. I think she has a crush on Michael. But I think I do, too. (Along with a number of other fictional heroes.)  It was the actor Alan Rickman who inspired my Michael Hamilton. If you don’t know the name, you’ll know he plays Professor Snape in the Harry Potter movies. Of course, Michael would be much younger, but he just fits the part so well. (Of course, I wrote it many years ago. You should also check out “Sense and Sensibility with Kate Winslet and Emma Thompson; he’s in that and so adorable.) As with many of the actors that inspire me, he’s not conventionally handsome, but he has so much charisma and such a presence. I’m including a picture my daughter, Anna, drew of Alan Rickman from a different movie. (“Truly, Madly, Deeply”; I highly recommend it.) Of course, Michael didn’t play the cello, but the look of this picture is so much my Michael, minus a few years.
Posted by Dina Love at 5:42 AM

I have only read 21 of your books so far but Michael Hamilton is my favorite character to date! A day or so after I finished Gables Against the Sky I heard the song "Who You Are", by Unspoken. It totally reminded me of Michael Hamilton. However, after reading The Guardian this weekend, I think the song is closer to Jess Hamilton, IV. You should check it out on YouTube. I love your books! Can't wait to read the rest!