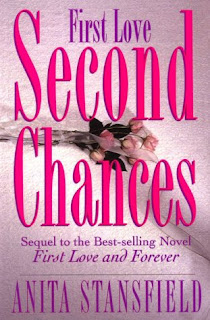 "First Love Second Chances" is like a bridge for me between books one and three of the trilogy. It was necessary to get to the really great stuff in “Now and Forever,” and it’s just kind of an extension of “First Love and Forever.”

When the idea initially came for this story, I thought, “I need this hero to be rich, English speaking, but foreign.” And the next thought that came to my mind was, “He is the descendent of the characters in books you’ve already written.”
It became easy to create Michael as a deep and well-faceted character when I knew everything about his grandparents and great-grandparents. It was years later before “The Gable Faces East” and “Gables Against the Sky” were published. We’ll get to those books all in good time. Given my own history with the family, it was exciting to take Emily and her children to the station in Australia and have it seen through her eyes. My readers didn’t know what was coming with generations past, but I did. What I didn’t realize at the time was how the story would continue on through the following generation, as well. And we’ll get to that later, as well.

I know Anita has said she suffers from celiac disease. I just had someone send me a picture about a company called Udi's and they make gluten free breads and stuff.

Just wanted to pass it on! Not sure if this in made in a warehouse with peanuts and other flours...

I love each and every one of Anita's books. Have them all and have just reread First Love Second Chances. I am simply amazed that each book can have such an captivating effect on me. LOVE, love, love her books!!!