BACK HISTORY: First Love and Forever 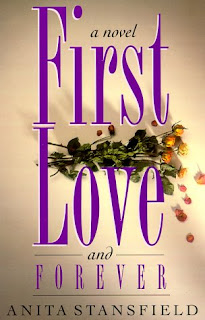 Through many years of writing historical romantic novels and trying to sell them on the national market, I did nothing but collect rejection letters and get discouraged. Once in a while a friend would suggest I try writing LDS fiction. I insisted it was not my niche. (This is funny, right?) Then one day something shifted in my mind, as if I were being told that I was supposed to write for women who shared my faith, and I could change the way it was done. A couple of hours later, the plot for “First Love and Forever” was swimming around in my head, from beginning to end (minus some details, of course). Somewhere in the middle of writing it, I heard the song by Dan Fogelberg on the radio. I had always loved the song, but I was blown away as the lyrics fit the emotions of my story so well, (except for the part about the beer). Therefore, I ended up listening to the song hundreds of times while I was writing, and it helped me with the poignancy of the story. “Just for a moment I was back at school and felt that old familiar pain . . .”

I wrote the book at my kitchen table in a 900-square-foot house, with four children. The ages of Emily’s girls were very close to three of my four children. I used their behavior and sometimes even quoted them. I wanted the book to feel real for a young mother, the way that babies cry and interrupt conversations, etc. I was writing on a typewriter my husband had bought at D.I. that didn’t type the letter P. (For more on this, you can read my essay in the book “Reflections.”)

The book was rejected five times, including once by the publisher that ended up making it a best seller. It was remarkable to me how many people told me that this book changed their life or saved their marriage. For that reason and many more, I know it was inspired. Many of my characters are very dear to me, but there’s just something wonderful about Michael and Emily that can’t be duplicated. Oh, and . . . in my mind, Michael looks just like Kevin Costner in “Field of Dreams.” With an Australian accent, of course.

For more trivia on this story, tune in September when we continue with its sequel; "First Love, Second Chances".
Posted by Dina Love at 9:08 AM

I'm so glad you are putting on these stories on the blog. I loved reading how all of my favorite books came about, what the inspiration was, the behind-the-scenes moments, etc. I was sad when I thought they were lost forever on the old blog. Thanks for posting them!!!

I finished reading and I don't recall seeing the quote that was posted in the birthday blog post. What chapter, or page, is it on? Love love love Anita books! Looking forward to more book histories.

Thank you for sharing this with us. I love reading about Michael and Emily and continuing through their children in these books. I love that I can relate with the characters and can find ways to deal with trials that might pop up in my life.